On July 31, 2017, SLC began an overlay project on runway 14/32, which is scheduled to be completed in early October, 2017. The first step in a runway overlay project is to remove the existing asphalt, which is recycled by spreading the asphalt in landscaped areas around the airfield. 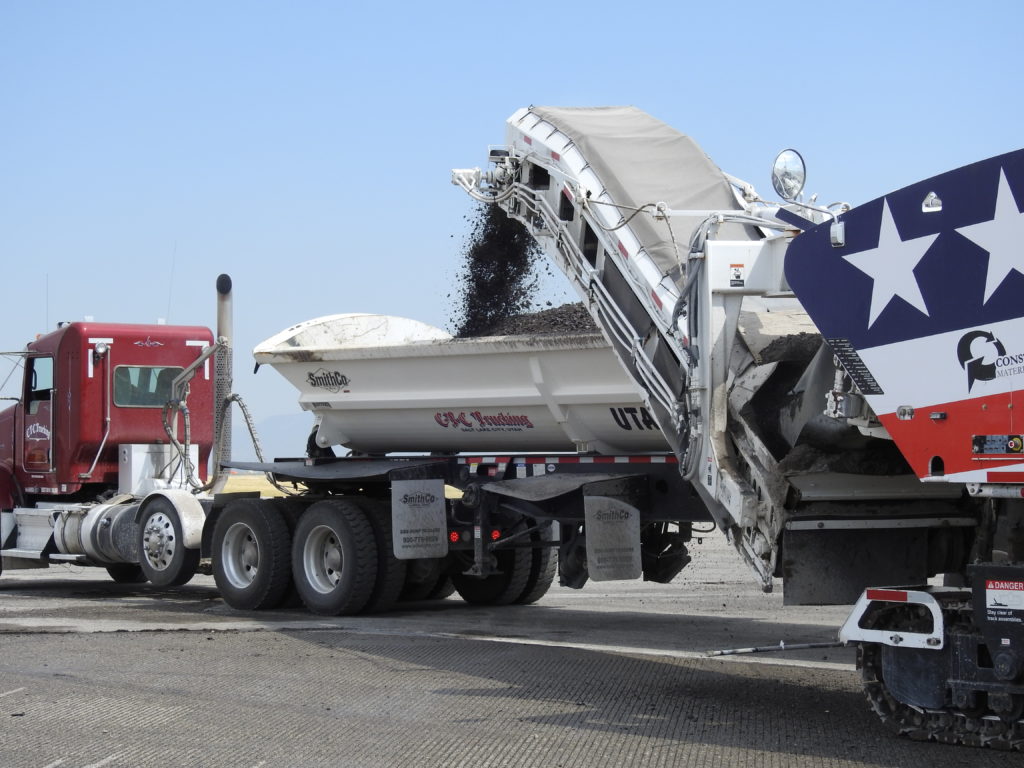 Next, crews spread the new asphalt and wait for it to cure before beginning the grooving process. During this process, crews use a ride-on saw with multiple blades spaced and set to the proper depth. They drive the machine, usually with 10 to 30 blades, several times on the runway and connector areas. The main purpose of the groove is to shed water off the runway, allowing better contact for aircraft. 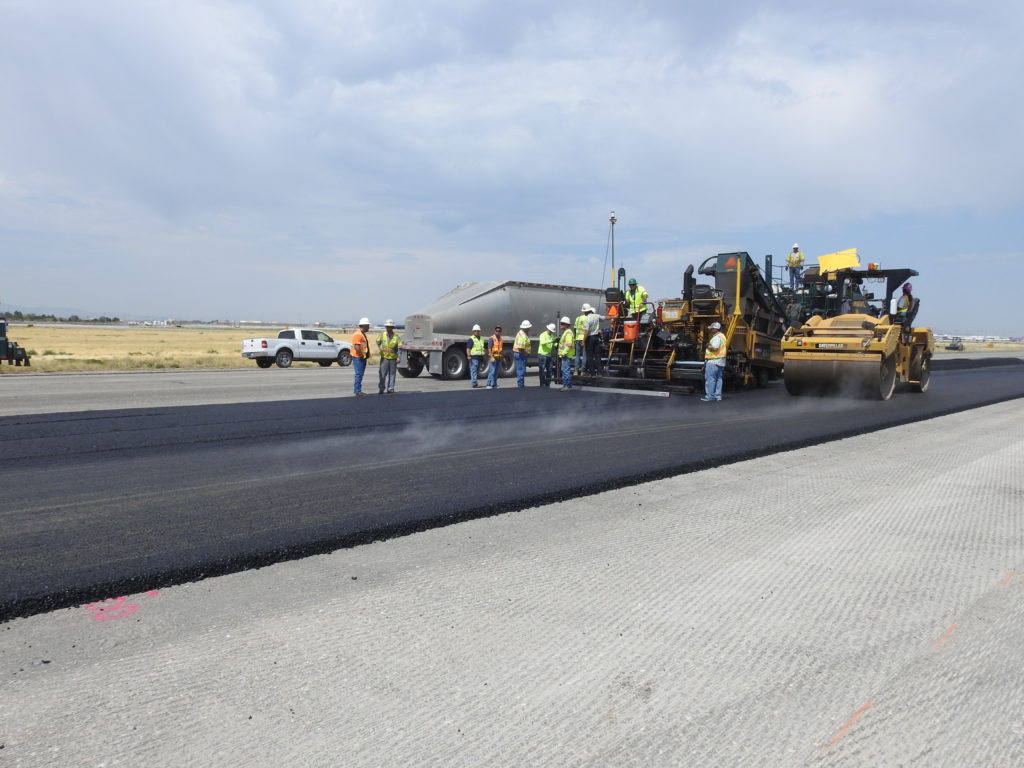 Crews laying the new asphalt for the runway.

Lastly, lights are installed and the appropriate markings are painted on the runway.

Runways are named using numbers between 01 and 36, which is one tenth of the magnetic azimuth of the runway’s heading in degrees. For example, a runway numbered 09 points 90 degrees to the east.