On July 1, the Salt Lake City Department of Airports selected Craig Vargo to serve as Airport Police Chief. Chief Vargo is the first to rise through the ranks of the department to serve in this important position. 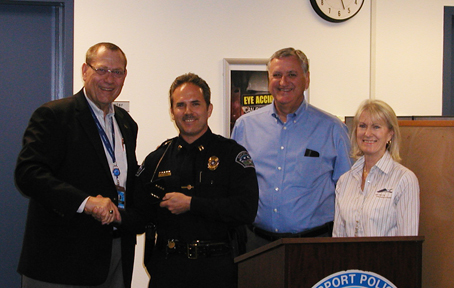 Chief Vargo has a Bachelor of Science Degree from Weber State University in Criminal Justice, where he graduated with honors.  He is a graduate of the FBI National Academy, the FBI Command College, the University of Utah Law Enforcement Leadership Program, the West Point Leadership program, and the American Association of Airport Executives (AAAE) Certified Member Program.

Born in Salt Lake City, Chief Vargo currently resides in Layton with his wife of 22 years and two of their three children. His personal interests include camping with his family and participating in Spartan Races.