On May 27, the Salt Lake City Fire Department (SLCFD) honored two of Salt Lake City’s Airport Rescue Fire Fighting (ARFF) team. Airport Fire Division Chief Paul Paulsen received the Meritorious Service Medal. Paul Paulsen has been a member of the SLCFD for 24 years and served in various roles throughout his career. He has been a firefighter, HazMat Firefighter, HazMat Captain, a member of the SLC Fire Bureau and served as Chief at the airport for the last three years. No stranger to receiving accolades from his colleagues, Paulsen has received honors three separate times prior to this award. Under Chief Paulsen’s leadership, the airport has made significant improvements in communication, safety training, efficiency and education among his staff and the larger firefighting community. Furthermore, Chief Paulsen’s involvement and guidance to-date with the terminal redevelopment program has been a huge asset to the airport, the city and the community at large.

Chief Paulsen is moving on to another exciting opportunity within the Salt Lake City Fire Department and while we welcome his replacement, we will miss Chief Paulsen at the airport and wish him the very best.

The Salt Lake City Fire Department also acknowledged ARFF firefighter and instructor Algernon “Al” Hoskins with the Fire Service Cross Award for Firefighter of the Year. Hoskins’ impressive background includes 24 years in the Air Force as an Aircraft Rescue Fire Fighter and 15 years in the SLC Fire Department, 10 of those years at the airport. Additionally, Hoskins has been a Lead Instructor at the Salt Lake City ARFF Training Center for the past nine years and recently achieved his designation as Airport Master Firefighter. Hoskins developed training and operations recommendations for the High Reach Extendable Turret that were ultimately adopted by the Federal Aviation Administration in 2010. 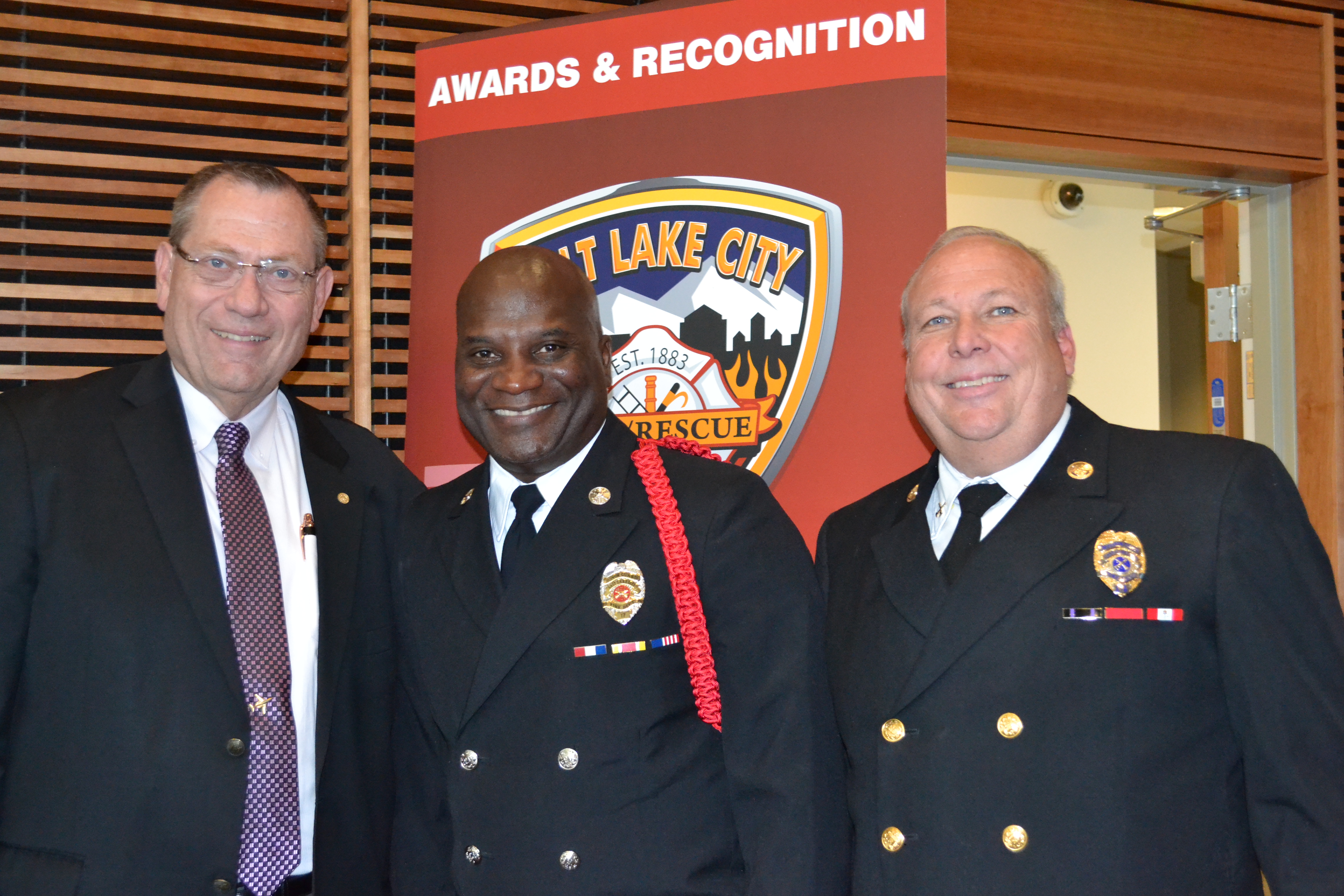 Congratulations to both Chief Paulsen and ARFF firefighter Al Hoskins! We are grateful for your service and all you have done to keep us a safe and efficient facility.