Earlier this month, Salt Lake City Airport Operations Director Randy Berg completed his year-long term as Chair of the American Association of Airport Executives (AAAE). The AAAE (known as the “Triple-A E”) is an association of over 5,000 airport professionals that offers services, provides professional development, and advocates on behalf of the aviation industry in Washington, D.C.

Berg has been a member of AAAE for nearly 40 years and served on various committees for a majority of that time. Elected to leadership by his peers, Berg became Secretary/Treasurer of the organization in 2011 and subsequently ascended into leadership of its Executive Committee. Berg’s involvement with AAAE is a hallmark of his 40+ year career in aviation management, at airports throughout Southern California and the Pacific Northwest, before coming to Salt Lake City. 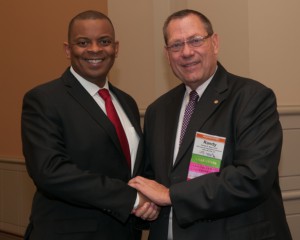 When asked what Berg is most proud of during his time as AAAE Chair, he notes the creation of the task force for the upcoming Federal Aviation Administration (FAA) Reauthorization Bill that will have major impacts on the industry. Berg also mentions better coordination with other organizations like Airports Council International – North America to advocate collaboratively regarding these mutual, important issues.

However, what is nearest and dearest to Berg’s heart, is fostering a love of aviation among young people. During Berg’s tenure, the AAAE Foundation gave 123 scholarships totaling $189,000, a 16% increase over the previous year.  In total over the years, AAAE has awarded 2,300 scholarships in excess of $3.7 million—more than any other industry association.  “There is nothing I am more passionate about than helping young people in the aviation industry,” says Berg. As an adjunct professor for nearly 30 years in aviation management at California State University (Los Angeles) and Salt Lake City’s Westminster College, Berg is always looking for opportunities to “widen the on-ramp” for youth. We know his students would agree! 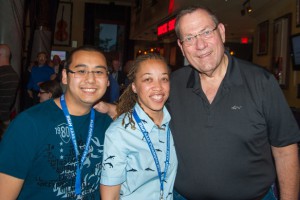